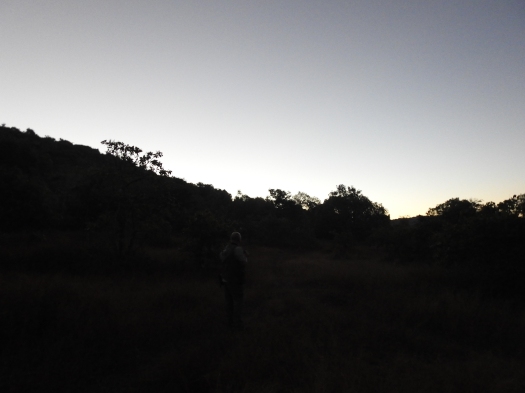 After the successes of Bondla, we got back to local sites and jumping a cab, were walking up into Arpora Woods an hour before dawn, past the Club Cubana and a sleeping world on December 19th.

The Indian Scops Owl was calling as we left the apartment.

Expert use of recordings at Arpora by Mr Kehoe quickly brought us in at least two Jerdon’s Nightjar before dawn, including one that briefly perched up well in our torch beams.

After that the sky gradually brightened and the day shift began to appear, including Jerdon’s and Golden Fronted Leafbirds, some very showy Grey Headed Bulbuls and a preening Blyth’s Reed Warbler in the fresh dawn light. 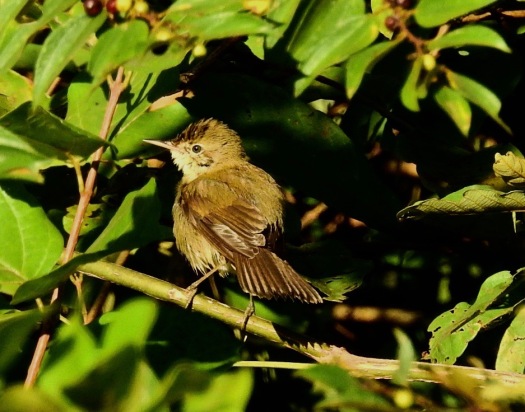 As the day showed itself more and more birds came through – Pallid Harrier and Nilgiri Woodpigeons overhead, Black Headed Cuckooshrike, an all too brief male Vigor’s Sunbird and Thick Billed Flowerpecker – a fine way to start the day.

By 9.30am we were walking back down the hill and heading back for brekkie past Chestnut Tailed Starlings blinking in the hard light. 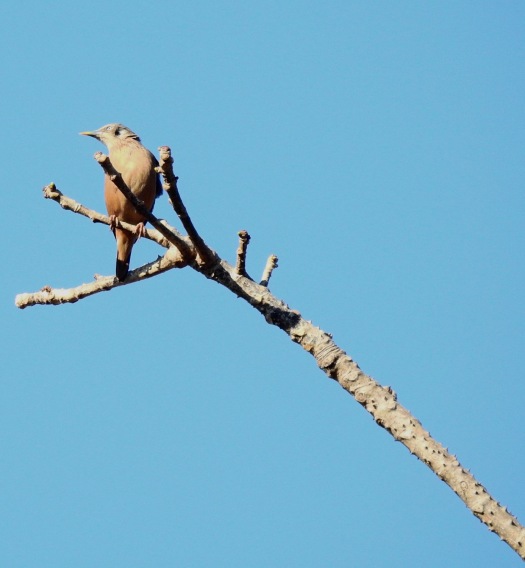 I spent a bit of time with Arpora’s garden birds including the Rock Doves, which you tend to pass off as ferals, but these birds all look the same and have trademark grey rumps – yup, India’s Rock Doves are wild, wild, wild…

Time for a bit more esoteric birding and we were soon heading out to Morjim’s sandbars again for the afternoon with Rayman.

Shoes off and all aboard the boat to the sandbar!

Not quite as dramatic as our first visit, but still wonderful, there was just the one Pallas’s Gull (a second year bird) today, but plenty of Heuglin’s and Steppe Gulls, tame Greater Sandplover and loafing Black Eared Kites. 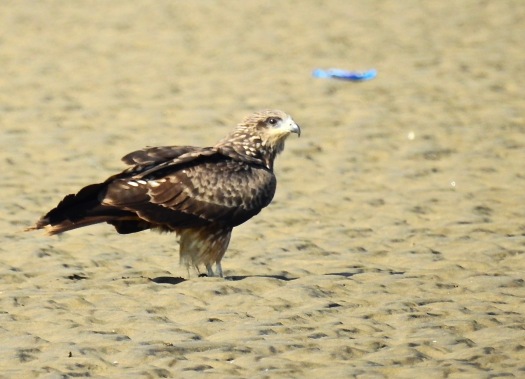 Sandwich, Whiskered and Common Terns seemed out of place in southern Asia, but there they were.

The Thomason brothers wandered off hunting seashells, but were lured back to the boat and cold Kingfishers at the Morjim beach bar. 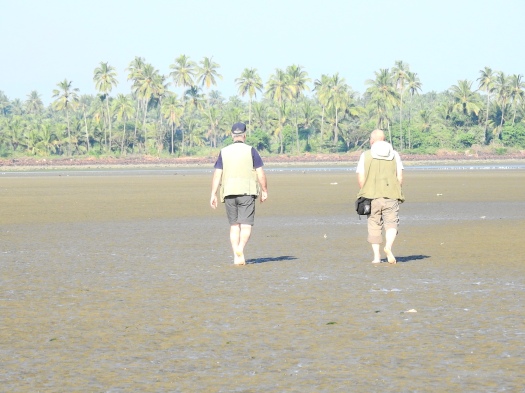 Suitably refreshed Rayman drove us round to the low dune area behind the beach at Morjim, where Paddyfield Pipits watched as we walked through the sandy habitat.

Quite wonderfully two Barred Buttonquails burst from an area of longer grass beside the path and batted off into nearby scrub – brilliant!

They whirred away like little rugby balls, but a short time later another rose before us then dropped into a walled enclosure.

We peered over the wall in time to see a tiny Buttonquail scurrying off towards cover in the deep shade – crap pics, but a great bird!

In my defence it was very small and very fast – can you see it in the pic below?

Delighted with the Buttonquails we ended the day as the sun sank at Siolim where a Great Spotted Eagle spooked the huge gathering of egrets and storks getting ready to roost.

We took the hint and headed to the bar…

Back in Arpora local children were carol singing door to door like they do all over the world – weird in 30 degree heat though!