Another departure from Arpora long before sun-up on 18.12.18, as we made our second visit to Bondla, this time with Rayman.

It was a big morning – bursting with brilliant birds!

The great man had us through the Bondla arch by 6.45am, having rattled through the early morning dust and headlights (glaring or non-existent!!), and we started birding around the road junction at the base of the hill.

Quiet at first, with Greater Racket Tailed Drongo, Indian Robin, Oriental Magpie Robin and Grey Junglefowl, but Chris finally got a response from an Indian Pitta dug deep into the the roadside vegetation. 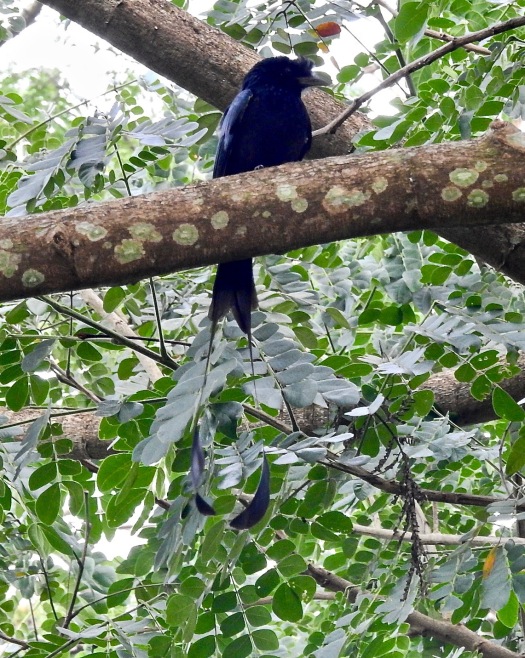 We scanned and scanned, hardly making a sound, but the Pitta ceased to exist again, lost in its own secretive world, as other species began to wake up.

Black Headed Cuckooshrike, Common Woodshrike and a marvellous Blue Faced Malkoha emerged from the scrub and trees, warming in the first rays of the sun – and some distance back, the Indian Pitta called again… it had circled around us and managed to cross the road we were on unseen!

An hour or so later, most of us had just about given up hope of the Pitta materialising, but Chris has been dealing with this super-enigmatic family for many years.

Another burst of call from his recorder and the pitta responded immediately and close to us, but invisible in the undergrowth by a small stone bridge over a drying streambed.

We all froze as Chris reeled the bird in like a big game fisherman.

“Quiet. Pitta coming”, was all he needed to say.

Everyone froze as a stunning Indian Pitta bounced out of cover and perched on a bare branch just below us, before calling for a minute or two.

I hardly dared breath as I slowly lifted my camera up to my eye and zoomed in.

The pitta stayed put as we enjoyed astonishing views of this remarkable, and usually skulking bird. 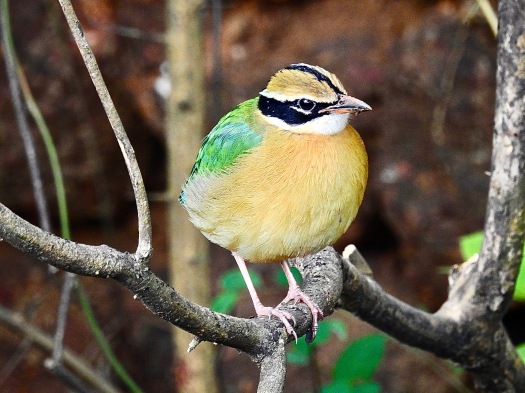 The primary target for the trip finally bagged.

Now I need to go to Borneo.

It was time for group photos (Chris had nonchalantly wandered off to continue birding elsewhere by now), after the pitta bounced off the branch and bounded away up the drying streambed. 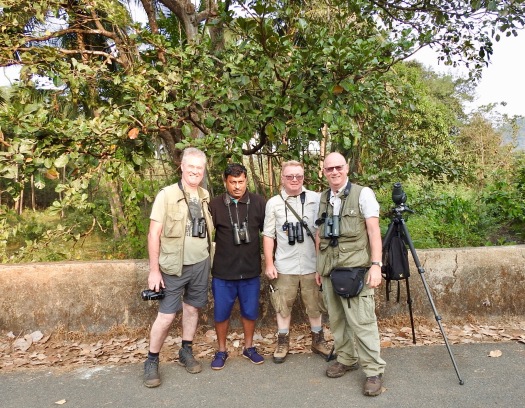 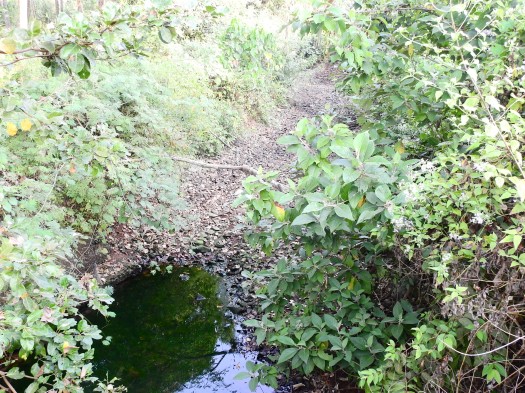 Elated we began the ascent of the hill pausing to enjoy White Bellied and Tickell’s Blue Flycatchers – I never did manage a decent pic of the latter, even though they were fairly widespread. 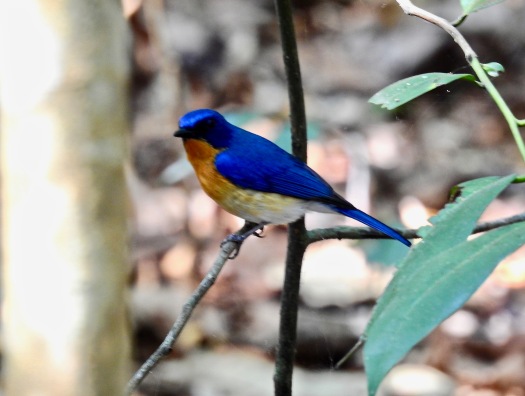 High above us Crested Treeswifts, fantastically elegant birds, started the day-shift, and a Chestnut Headed Bee Eater perched up on a bare snag.

A female Blue Capped Rock Thrush, Rufous Woodpecker, Small Minivet and Flame Throated Bulbul kept this day of days ticking over, until I saw Rayman waving at us from up the trail – I jogged up and followed his pointing finger into a gap in the vegetation, where a multi-coloured lurid Oriental Dwarf Kingfisher was positively glowing in the dark. 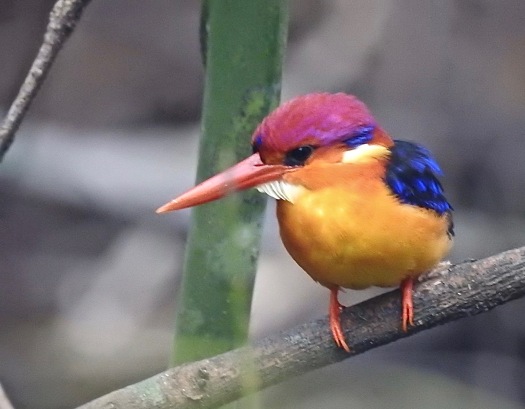 This midget gem attracted quite a crowd, with Trops wading in to get his shot too… but the morning kept getting better and better.

An Indian Blue Robin called on a bend above us and responded to playback.

Remarkably secretive it passed feet from us repeatedly without us getting a glimpse, until this vision of Quink ink blue, orange, lightning strike white super and black mask popped up for a few seconds right in front of us!

Too beautiful to waste time trying to get a picture, it was one hell of a chat.

If you want to see just how beautiful follow the link here to the remarkable Handbook of the Birds of the World internet site.

With great big smiles we pushed on up the hill to the cafe right at the top and were gorging on coffee and the vegetable samosas of the Gods, while chasing off hungry Macaques (too good for the likes of you my friends), until Rayman beckoned us over to the dry stream-bed by the car park.

Another amazing encounter – this time with a Forest Wagtail, one of three we would watch for the next hour as they moved, perfectly camouflaged through the leaf litter.

Fluid birds, astonishing things with wingbars like sun dappled leaves, and a weird “perpetual motion” type of movement that was completely entrancing.

My pictures were garbage, but luckily Chris got some crackers, which he was happy to share – look as that mad “one leg in front of the other” action (I’ve only seen Ovenbird in the States do anything remotely similar!)… 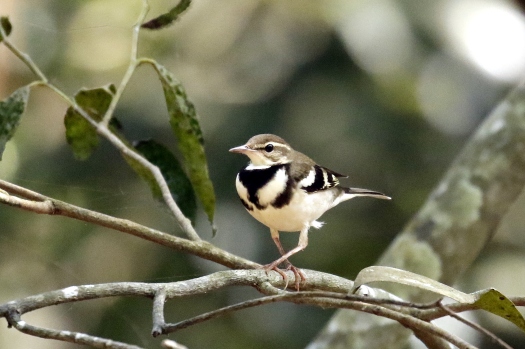 Brown Breasted Flycatcher watched us as we were under the spell of the Forest Wagtails, which seemed quite comfortably with the large numbers of people around the car park. 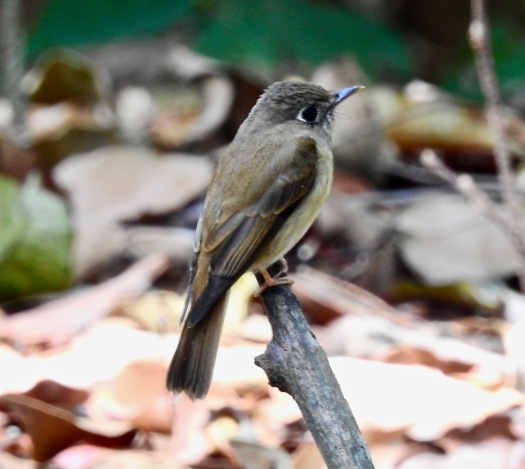 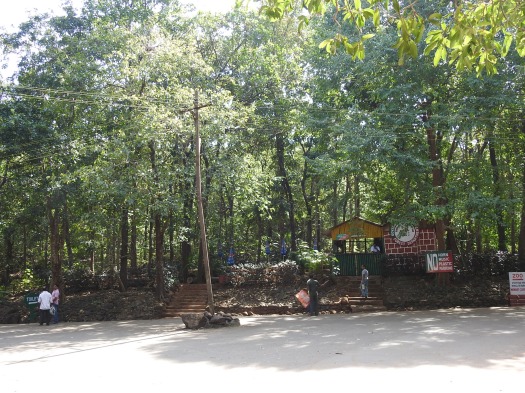 When things got too noisy they nipped behind the toilet block and into their own world again.

We pulled out of Bondla at noon, full of samosas and top drawer birds, and Rayman drove four happy birders back towards the coast.

We stopped for a few beers in the heat of the day, then as things began to cool down stopped off at Carambolin again, and later Batim Lake, where five Ferruginous Ducks were the cleanest looking Fudgies I’ve seen in years, and a Taiga Flycatcher flitted through roadside branches. 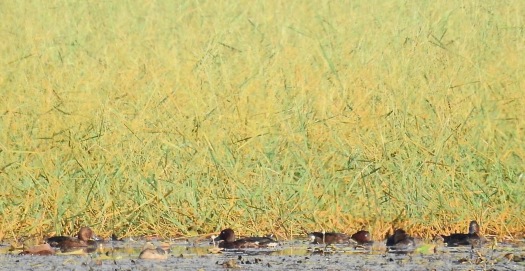 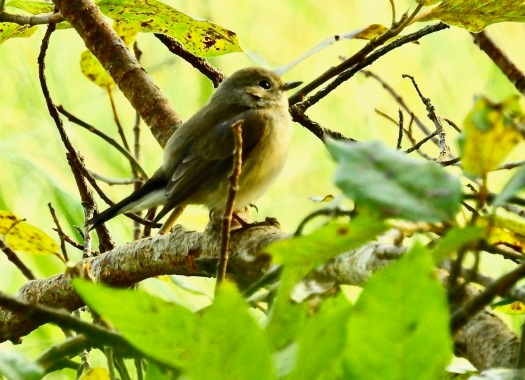 Booted Eagle and Brahminy Kites soared over us before we drove back towards Arpora. 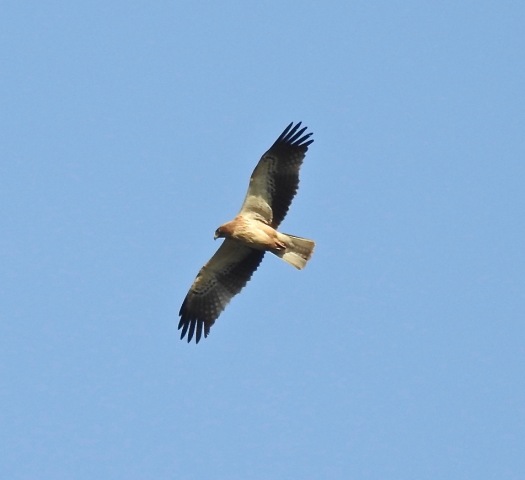 With the last few minutes of daylight left, Rayman pulled over to scan dusty fields by the village of Girim, where a Yellow Wattled Lapwing was striding about in the failing light – quite a way to end this day of days! 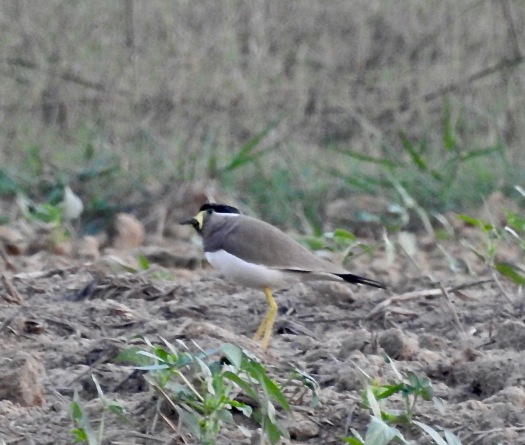